The monumental and architectural heritage of Tursi presents, in addition to religious buildings of historical-artistic value, also innumerable noble palaces: if in fact the same Land Registry Onciario of 1754 recorded at the time the presence of as many as 21 Nobili families, today there are over 40 historical residences within the municipal territory. Historic houses and palaces risk escaping the inattentive or hasty visitor, because they are harmoniously fused with the forma urbis  of the historical center, among caves dug in the timpa, precipices, ridges and typically Mediterranean vegetation.

In the Rione Rabatana the oldest structure is certainly Palazzo De Giorgiis-Labriola, arranged on three floors; some local sources report the construction of the first level around the year 1000, while the altripre represent an eighteenth-century appearance.

Coming down from the Rabatana, inside the San Michele district, you will come across Palazzo Latronico, with its imposing and well-preserved structure, with an adjoining chapel, dating back to 1600; the dwelling is characterized by a beautiful atrium with a central staircase leading to the noble floor, a large loggia supported by arches, and an elegant belvedere tower.

Another important building is  Palazzo del Barone Brancalasso, located in the center of Piazza Plebiscito, in the district of San Filippo. The structure is typically eighteenth century and is surmounted by three stone statues representing justice, peace and charity. The family crest, placed on both entrance doors, in its symbolism is full of symbolic references to environments initiatory - Religious.

Along Corso Vittorio Emanuele, you can finally see Palazzo Ginnari-Guida, dating back to the 1700s. The solid wooden door surmounted by a carved stone arch is noteworthy. The palace still preserves some rooms with decorations and seventeenth-century decorations and a suggestive hanging orange grove. The building has been affected by a recent restoration, and is still inhabited by the Guida family. 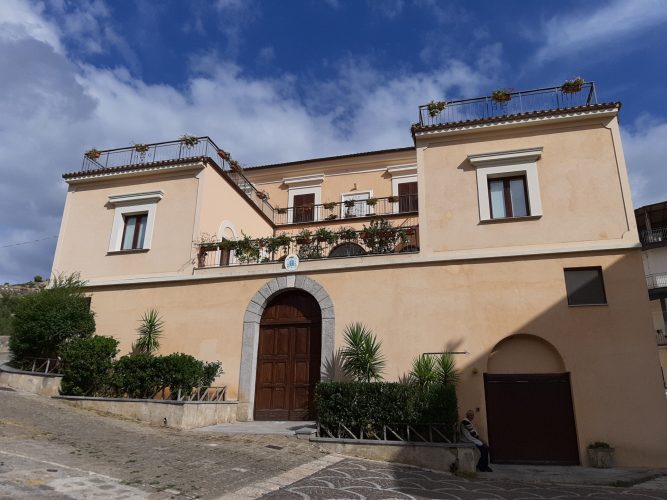 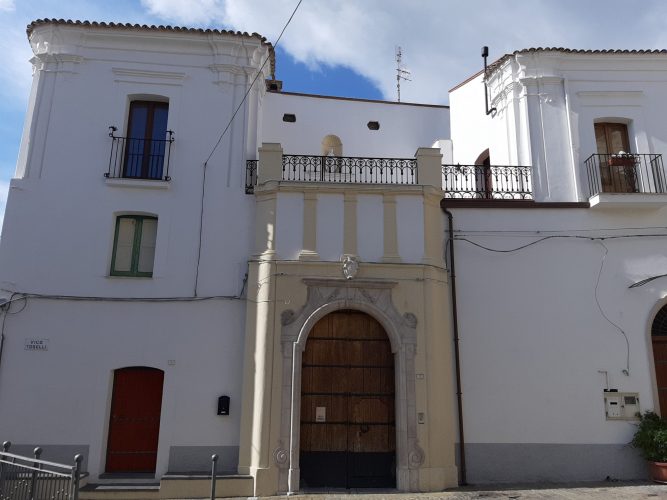 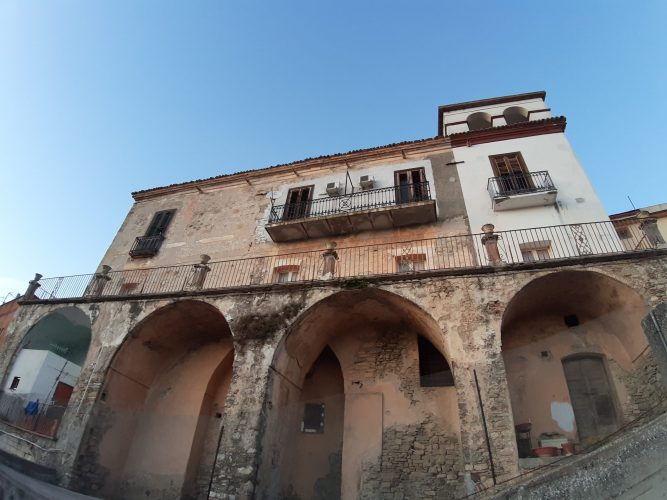 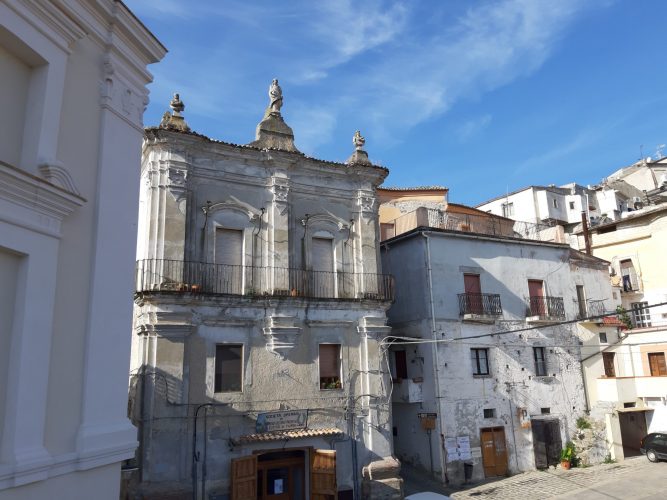